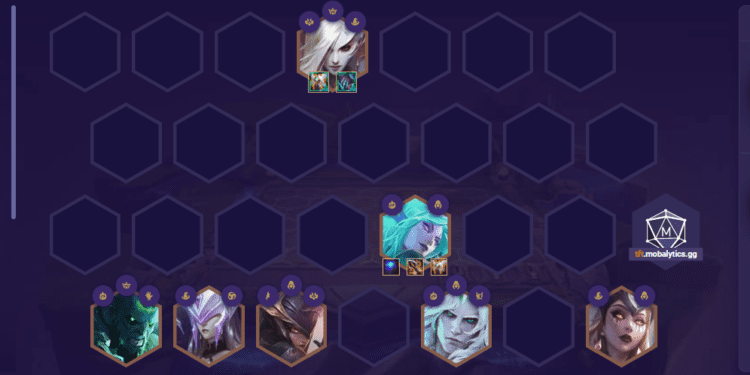 [Katarina Morgana Viego Diana Ryze Leblanc Lissandra]
When to make
Go for this comp if you have good Katarina items. Transitioning with early game Assassins will also help.
Leblanc has taken quite the hit in the last B patch. Even though Leblanc is still a strong carry, we expect Katarina to be the new favored Assassin carry for the meta.

[How to play Katarina Sins]

Level up to 4 early if you want to start a win streak. Level up to 5 to try and continue the streak.
If you’re weak in the early game, you can opt to save gold and lose streak instead.

At Round 1, level up to 7. Roll down to stabilize your comp if you are weak.
At this point, begin slow rolling to find Katarina 3 star. Once you do , you can level up to 8 to add in another unit. If you are very strong, you can look to hit level 8 and then slow roll for Katarina 3.

Kha’Zix Soraka Gragas Leblanc
Build your team comp around Assassins and supporting units you find along the way.
Mid Game

Katarina Kha’Zix Leblanc Nocturne Lissandra Morgana
Hopefully you find Katarina early so that you can put your items on her. Also try to fit in Coven into your team. 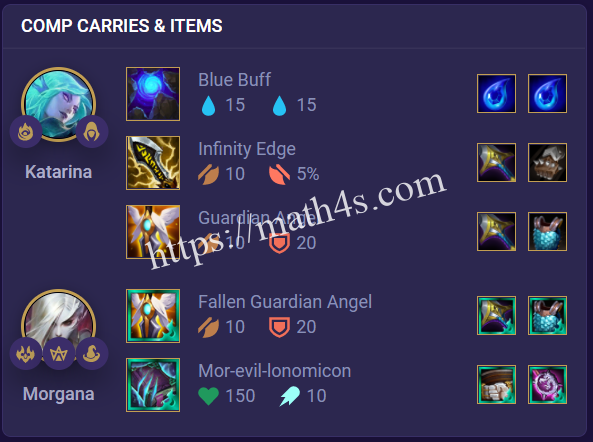 How to play 6 Skirmishers [Jax carry]

How to play 6 Skirmishers [Jax carry]