by hoangtran
in teamfight tactics league of legends
0 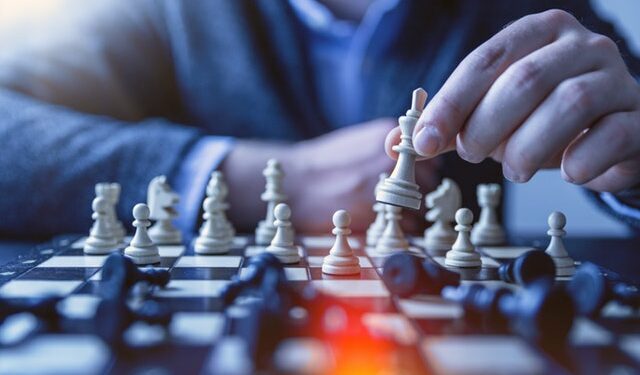 Developer Notes: Along with the drastic changes we gave trait-linked Augments in patch 11.24, we have a few more quality of life improvements to add. Too busy to refresh yourself on the changes by clicking the link? I feel ya, so here’s what we did: We added more value to trait-linked traits by pairing them with a free champion, gold, or emblems to equip on champions. With this next go around, we’re making these augments more consistent, but also pulling our new balance lever on overperforming trait-linked augments such as Mutant Crest and Protector Heart.

Aside from our numerous changes to hearts and crests, we’re continuing to lessen the gap between the best and worst augments. Of note is our Lifelong Learning rework that should make Scholar comps more smarterer (like me) regardless of their grades in combat.

Developer Notes: Imperial comps seek to load up a carry with items and then have them 1v9; but currently, the trait is falling short. Our Imperial buff takes the most powerful use case of the trait, amplifying the multiplicative stats on an item loaded carry, and amps it up even more.

Chemtech 3 is a powerful early game trait that’s almost never worth taking all the way to Chemtech 9. Since Chemtech 9 is so hard to achieve, we’re rearranging the power to make it more rewarding while also hitting the least visible part of the trait, damage reduction, to lessen its early game impact.

Socialite 2 granting the same mana regen as Scholar 4 for your most important Kaisa unit is giving this inexpensive (two unit, or an augment) trait too much power for how easy it is to hit.

Yordle 3 has performed fine early to mid-game as an econ trait, but Yordle 6 would leave you feeling like Your-dull for not transitioning—and with my love for Yordles, writing that line hurt me more than you think. To change this, we’re adjusting the Yordle spawn odds, making you more likely to hit 3-stars early, which alongside better mana reduction at Yordle (6), will allow you to save health in the hopes of hitting the elusive Yordle Lord!

Developer Notes: Maybe too excellent a shot (for a 1-cost).

Developer Notes: As our first place for weakest trait during patch 11.24, Imperial is in need of a number of buffs to push it into viability. With Swain already being weak, buffing him is an easy call.

Developer Notes: As the premiere carry for Yordle comps, Heimerdinger packs enough damage, but is often deleted or CC’d by a rogue ability due to the need to position him close to the fight, or his need to get in attack range by accidently waddling into a Sion’s axe. With the extra range, you should be able to try some more creative positioning.

Malzahar 3 should take you Malza-far, but the unit often gets stuck on tanks preventing him from sharing his Malefic Visions to the Maleficly blind. But as a one-star, Malzahar rips through lower health pools too easily.

Developer Notes: While not the strongest unit in patch 11.24, Seraphine is being inadvertently nerfed through our nerf to Socialite 2 and Morellonomicon (see Items below). So we’re shipping a larger buff here to account for these changes.

Our Urgot changes nerf his interactions with items like Guinsoo’s Rageblade, Runaan’s Hurricane, and Statikk Shiv that leave his foes feeling crabby.

Developer Notes: With Kai’Sa’s dominance over the past couple weeks, these changes may look light, but our focus here is allow Kai’Sa to remain viable (yet much weaker), while nerfing multiple components of the powerful composition she found the bulk of her success in.

3-star Tahm Kench has been unbenched and is unquestionably unquenched.

Developer Notes: Guardian Angel is our most built item. It negates the weaknesses of many powerful units, largely due to its built-in aggro drop that allows the unit to heal back up upon revival. This change will give revived units a smaller window to heal back up and dish out the damage.

Morellonomicon’s power can make or break a champion. By weakening the item we have the opportunity to adjust some of our champions balanced around maximizing its value.

Developer Notes: Smoke Bomb gave Assassins damage reduction towards the instance of damage that took them past the stealth threshold as a way to make sure they wouldn’t get one-shot before the stealth activated. We’re adding that hidden (stealthed?) feature to the tooltip and using it as a balance lever to give this trait a very small nerf. TL;DR, Smoke Bomb is microscopicly worse now.

Developer Notes: A couple more Morellonomicon compensation buffs for champions who were dependent on the item for success.